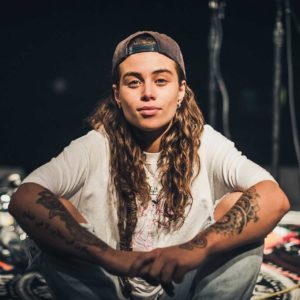 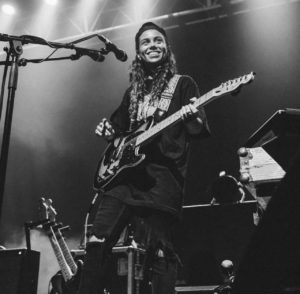 The success of Tash Sultana may still surprise some, but it is definitely well deserved. Tash has fulfilled the dream of all street musicians and has arrived on the big stages of the world. In August, the debut album Flow State will finally be released, last week the single Free Mind gave a first impression.

Tash is known to be a real whirlwind and comes on stage with four or five guitars and several other instruments which easily replace a whole handful of musicians. Rock and reggae, R’n’B and soul, folk and indie are mixed intensively and skilfully. This is due first to the convincing talent as a songwriter, but above all to the great stage presence. Tash Sultana is a playful kid who enjoys its music, at the same time posing as the smart person with deep and humorous announcements but also the spirited front character of an imaginary band. Nobody will copy this wonderful combination so fast. In summer Tash will come back to Germany.